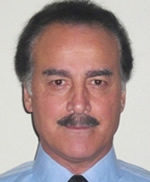 Dr. Mahdavi is an associate professor emeritus of economics. He holds a Ph.D. in economics from the University of California at Santa Barbara. He joined the Department of Economics at UTSA in 1984 as a visiting assistant professor and retired in 2019. Since then, Dr. Mahdavi has taught courses in Principles of Micro and Macroeconomics, Managerial Economics, Economics of Developing Countries and Economics Theory and Policy.

Dr. Mahdavi’s primary research interests include issues related to developing countries and government finances. His recent research efforts focus on the budgetary aspects of the American state and local governments. Dr. Mahdavi is a three-time recipient of the Carlos Alvarez College of Business Advisory Council Research Award in the 1990s.