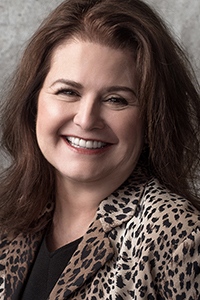 Patricia Diaz Dennis retired in November 2008 from AT&T in San Antonio, Texas, where she was Senior Vice President and Assistant General Counsel. Diaz Dennis was appointed by the President and confirmed by the Senate to three federal government positions. President Reagan appointed her, and she served from 1983 until 1986, as a member of the National Labor Relations Board and, from 1986 to 1989, Diaz Dennis was his appointee as a commissioner of the Federal Communications Commission. President George H. W. Bush appointed her Assistant Secretary of State for Human Rights and Humanitarian Affairs in 1992.

Diaz Dennis is the former Chair of the National Board of Directors of the Girl Scouts of the USA, and served on The World Bank Sanctions Board and NPR Board of Directors. Diaz Dennis became a member of the Board of Directors of Massachusetts Mutual Life Insurance Company in 1996 and retired in April 2017. She was a director on the public company boards of UST Inc. and CarrAmerica and the boards of the private companies Citadel Communications Corp. and Telemundo Group. Diaz Dennis is currently a director of Amalgamated Bank, Entravision Communications Corporation and U.S. Steel Corporation. She is also Chair of The Global Fund’s Sanctions Panel and sits on the Advisory Board for WGU Texas. Ms. Dennis is Vice-Chair of the Board of Trustees for the Mind Science Foundation and chairs the World Affairs Council of San Antonio.