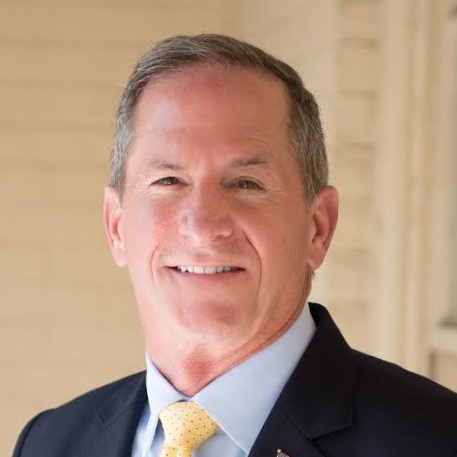 General David L. Goldfein has deep expertise in global risk and crisis management, planning and executing complex operations, and developing and implementing policy and communications strategies. His experience has been honed over a 37-year career as a pilot in the United States Air Force, where he commanded at every level and finished his career as the 21st Chief of Staff, the service’s highest-ranking 4-star officer. Goldfein had wide-ranging operational and advisory responsibilities, including oversight of the organization, training, and equipping of over 693,000 personnel serving in the United States and in over a dozen countries around the world; and management of a $168 billion operating budget. He has served as a trusted advisor for senior leadership within the Department of Defense on a range of national security matters and developed key relationships with Members of Congress, private sector leaders, international partners, and philanthropists.

Goldfein is widely recognized as an influential voice for envisioning and operationalizing new multi-stakeholder initiatives across large organizations. During his time as Chief, he developed and championed the Department of Defense’s signature joint warfighting initiative, Joint All Domain Command and Control. Central to his vision was the creation of the Department’s first Information Warfare Command, which brought together the capabilities of Cyber, Intelligence, Electronic
Warfare, and Information Operations.

Prior to serving as the USAF Chief of Staff, Dave was the USAF Vice Chief of Staff, the second highest ranking officer, where he presided over the Air Staff and served as a member of the Joints Chiefs of Staff Requirements Oversight Council and Deputy Advisory Working Group, advising on high interest acquisitions and assessing joint military capabilities for the Department of Defense. As Vice Chief, he pioneered a new and aggressive approach to supporting warriors with invisible wounds, as
well as their caregivers. An experienced crisis operations leader, Goldfein led the joint staff through a number of global crises while he served as Director of the Joint Staff from 2013 to 2015, including the escalation of Russian military activity in Crimea and the military contributions to the fight against Ebola in West Africa.

He has held numerous command positions, including as the deployed Air Component Commander for U.S. Central Command, where he directed all air and space operations across 20 countries spanning the broader Middle East. An effective coalition-builder, General Goldfein traveled extensively as a military “ambassador,” working with high-level stakeholders across the region. He successfully envisioned and built the first-ever Gulf Air Operations Center, with representation from
all six Gulf Cooperation Council countries inside his headquarters. Goldfein serves on the Board of the Air Force Association and is a mentor for CAPSTONE and
KEYSTONE military leadership courses for newly selected general and flag officers and their spouses.

Goldfein received his commission from the U.S. Air Force Academy in 1983, with a degree in Philosophy. He later earned a master’s degree in Business Administration from Oklahoma City University, and is a graduate of the prestigious Air Force Weapons Instructor Course and the Department of State’s Senior Seminar program as a National Defense Fellow.

Dave is married to his high school sweetheart, Dawn A. Goldfein. Dawn recently published, “Sharing the Journey, A Military Spouse Perspective” as a guide for spouses and a companion work to Dave’s guide for commanders, “Sharing Success and Owning Failure, Preparing to Command”, published in 2001 and in its’ 12th printing. Dave and Dawn continue to pursue their passion for helping military spouses and families in addition to their ongoing work with invisible wounds of war.